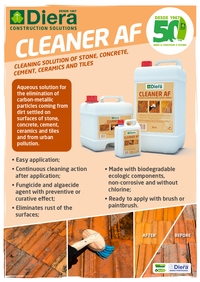 Aqueous solution for the elimination of carbon-metallic particles coming from dirt settled on surfaces of stone, concrete, cement, ceramics and tiles and from urban pollution.

- Fungicide and algaecide agent with preventive or curative effect;

- Eliminates rust of the surfaces;

- Made with biodegradable ecologic components, non-corrosive and without chlorine;

- Ready to apply with brush or paintbrush. 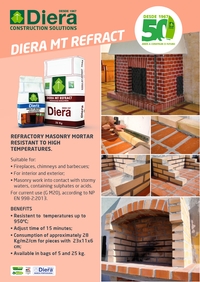 - For interior and exterior; 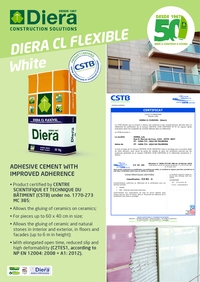 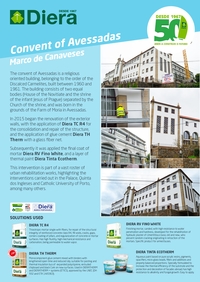 The convent of Avessadas is a religious oriented building, belonging to the order of the Discalced Carmelites, built between 1960 and 1961. The building consists of two equal bodies (House of the Novitiate and the shrine of the infant Jesus of Prague) separated by the Church of the shrine, and was born in the grounds of the Farm of Moria in Avessadas.

Subsequently it was applied the final coat of mortar Diera RV Fino Branco, and a layer of thermal paint Diera Tinta Ecotherm.

This intervention is part of a vast roster of urban rehabilitation works, highlighting the interventions carried out in the Palace, Quinta dos Ingleses and Catholic University of Porto, among many others. 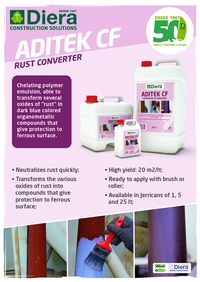 - Transforms the various oxides of rust into compounds that give protection to ferrous surface;

- Ready to apply with brush or roller;